Are You Missing One of Nature's Most Important Supplements? 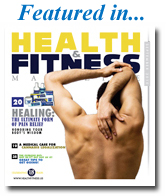 
What Are Humic and Fulvic Acids?

Humic acid and fulvic acid are types of "humic substances," the major components of organic matter found throughout nature as a result of the action of millions of beneficial microbes on decomposing plants (humification). Considered to be the most chemically active compounds in soil, humic substances contain many nutritional phytochemical groups, including natural sterols, hormones, fatty acids, polyphenols, and ketones, as well as phytochemical subgroups of compounds such as flavonoids, flavones, flavins, catechins, tannins, quinones, isoflavones, and tocopherols, among others. These compounds are some of the most valuable and promising nutrients known today to support normal cell growth and regulate dysregulated cells.

Fulvic Acid: One of Nature's Miracles

More and more scientists and doctors worldwide are recognizing the extraordinary potential of fulvic acid, an important component of humic acid. For millennia, human beings have received beneficial amounts of fulvic acid complexes through their consumption of plants, just as nature intended. Unfortunately, modern use of pesticides and fertilizers, along with inadequate agricultural practices, erosion, and mineral depletion, have contributed to decreased microbial activity in the world's soil deposits. As a result, adequate quantities of fulvic acid have been missing from our food crops for generations. Why is this an important health issue to address? Because fulvic acid derived from humate usually contains 60 or more minerals and trace elements that are nutritionally essential for cell health and balance (including cell growth and replication). That's not all. In addition to helping transport minerals to living cells, catalyzing vitamins within cells, and metabolizing proteins, RNA, and DNA, fulvic acid also acts as:
A Powerful Organic Electrolyte

Electrolytes are used by the body's cells to maintain voltages across cellular membranes and to convey electrical impulses to other cells. Fulvic acid helps cells achieve a vital electrochemical balance across and among the body's cells.

A Free-radical Scavenger and Antioxidant

Fulvic acid can react with both negatively and positively unpaired free electrons to render free radicals harmless, changing them into new useable compounds or eliminating them as waste. Fulvic acid also promotes oxidation-reduction reactions of transition metals that can damage the body's cells and tissues.

A Natural Chelator and Pollutant Detoxifier

Fulvic acid is effective in transforming metals and minerals into readily absorbable forms. It can also bind with organic pollutants (pesticides, herbicides) to form new types of metal ions, catalyze the breakdown of toxic pollutants, and weather and decompose silica to release essential mineral nutrients.

An Aid in Increasing Nutrient Bioavailability

"Bioavailable" definition: The degree to which a substance becomes available to the target tissue after administration.
"Respirate" definition: The process of the cells absorbing, distributing and utilizing oxygen during the course of the oxidation processesâ€”including the creation of the by-products of oxidation, esp. carbon dioxide.
Discover more benefits of fulvic acid

"The nutritional benefits of Vital Humic Substances are substantially enhanced and augmented by fulvic acid!"

Supreme Fulvic & Humic Complex™ delivers a full spectrum of trace minerals, amino acids, and other valuable humic constituents: Generally, creating a plain liquid fulvic acid solution requires separating and isolating the lower molecular weight fulvic acid molecules from the larger and heavier molecular weight base humic ("humate") material, whereby creating a plain fulvic acid solution absent of the larger humic constituents. Unfortunately, the result is, valuable humic constituents have been removed and left behind! Because of its unique formulation, Supreme Fulvic & Humic Complex™ offers a significantly richer, easily digested, full spectrum of trace minerals, amino acids, and a vast array of other naturally inherent nano and angstrom-sized fulvic and humic nutrients ready for immediate cellular intake. Absorption of these nutrients by the body is aided by both the low molecular weight of fulvic acid and the negative(-) electromagnetic charge of fulvic acid and humic acid molecules, which are attracted to the positively(+) charged electrochemical gradient of the intestinal wall. Regarding magnetic poles, opposite magnetic poles (N-S) are attracted to each other, and identical magnetic poles(N-N or S-S) repel each other. Because the fulvic and humic molecules have a natural negative electromagnetic charge they are attracted to the intestinal wall which has a positively charged electrochemical gradient.

Supreme Fulvic & Humic Complex™ aids in the elimination of harmful toxins: In the body, fulvic acid and humic acid molecules release trace minerals, amino acids, and other nutrients required for optimal cell function. Once cells have drawn in these valuable nutrients, the empty ion-exchange points on the fulvic acid and humic acid molecules attract and bind to any nearby positively charged toxins, inorganic metals, and other elements that the cell cannot use or eliminate on its own. These unwanted substances are then safely discarded by the body's system of elimination.

Supreme Fulvic & Humic Complex™ helps annihilate radiation: Radioactive substances (including polluting metals such as uranium and plutonium) have an affinity for fulvic acid and humic acid. Their reaction with humic substances, such as those found in Supreme Fulvic & Humic Complex™, results in the formation of soluble, absorptive "organo-metal complexes," thereby annihilating that specific radioactivity.

Supreme Fulvic & Humic Complex™ helps create and maintain a beneficial alkaline environment: Humic acid helps change the biological terrain of the human body from that of a dangerous, unhealthy, acidic, anaerobic environment low in oxygen (which promotes fermentation and fungal growth) to a beneficial alkaline terrain high in oxygen that allows the body to reduce harmful bacterial and microbial growth and accelerate cellular absorption of nutrients.

Supreme Fulvic & Humic Complex™ contains "viral fusion inhibition (VFI) properties": When a virus enters the human body, it seeks out a host cell onto which to bind, then uses the cell's "machinery" to replicate more virus and release it into the bloodstream. VFI refers to the interruption of the binding, fusion, and entry of a virus into a host cell. Depending on its presence in the body, humic acid can potentially interfere in the early stages of viral replication by preventing host-cell attachment or by inhibiting a new generation of viruses from attaching to host cells.

Supreme Fulvic & Humic Complex™ is derived from one of the richest humate deposits on Earth.


Not all humates are alike! Many forms of raw humate exist worldwide, but the only source considered by scientists to be "the best" source is found in a specific area of the U.S. Southwest, at the site of a prehistoric freshwater lake deposit of Leonardite shale (carbonaceous shale). Protected by a layer of sandstone, this exclusive, premium raw humate is pure, unpolluted, free of radiation and toxic heavy metals, and contains some of the world's highest concentrations of fulvic acid! In fact, after analyzing a sample of this humate at a major southwestern university, one scientist stated that they "have never seen a quality like this humic material before" and that it was "absolutely amazing!" It is no wonder then that this particular humate is among the most sought-after in the world!

The lower the molecular weight of a substance, the greater its bioavailability. The extraordinarily low molecular weight and size of freshwater-derived fulvic acid and humic acid make our formulation easily digested because the body's cells absorb and uses the naturally inherent organic trace minerals, amino acids, and other constituents more readily and efficiently than they can with saltwater-derived humates, which are poorly absorbed by the body and can even be toxic.

Supreme Fulvic & Humic Complex™ is produced under the highest-quality standards.

Thanks to our special processing methods, which include an all-natural alkaline (non-acidic) extraction process, the heat sensitive and chemically sensitive nutritional constituents found in Supreme Fulvic & Humic Complex™ are never damaged or destroyed; rather, they are optimally preserved and are 100% safely bioavailable for immediate cellular intake, use, and benefit. In addition, our unique formulation:

Comes in a superior liquid form: Tablets are typically made using high pressure and heat which can degrade or destroy precious humic acid and fulvic acid constituents;